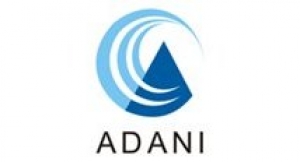 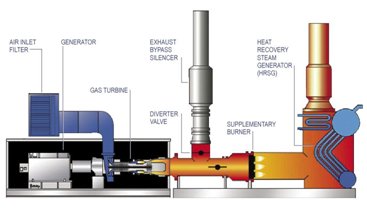 Adani Power Ltd. wanted to update their security surveillance both within and around the perimeter of a power generating plant. As the majority of locations were long distances from the main head office building, a traditional wired coaxial video system was cost prohibitive and impractical to implement. The decision was made to use real time digital video interfaced to specialist analogue cameras, including high-specification Pan Tilt Zoom cameras.

A well-organized user oriented CCTV Monitoring and Surveillance System which can be established on an Under Construction Sight, which helps the supervisors to control the man-power. 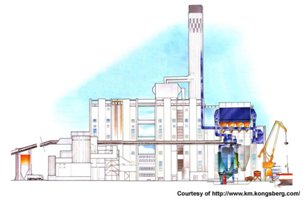 cope of the Project:

With heightened internal security issues facing many organizations, the demands for cost-effective and reliable CCTV surveillance in and around large sites, such as power generating plants has never been higher. The need for remote surveillance and central control of large multi-site operations is increasingly important to ensure a rapid, co-ordinate response in the event of an incident. Viewing multiple ‘analogue’ cameras in a central security control room from around a sprawling complex or industrial plant requires vast amounts of cable and equipment. IP-Video has established itself as a reliable, high-quality cost-efficient alternative technology for CCTV surveillance, replacing multiple runs of video cable with a single Ethernet connection. But when IP-Video is combined with the latest wireless broadband technology it provides an unbeatable solution for remote site monitoring.

Responsibility to manage 4.6k manpower on the site by instructing the senior who are managed from Ahmedabad Head Office, scheduling of Adani Power Ltd. to start generating power as per the time specified, but they are getting late.

Being a daily use for monitoring thousands of labors, hundreds of machineries and lots of issues, the site in-charge will obviously need the Monitoring and Surveillance CCTV System implemented on the premises, which can help authorities reduce the mental pain and increase the workability. 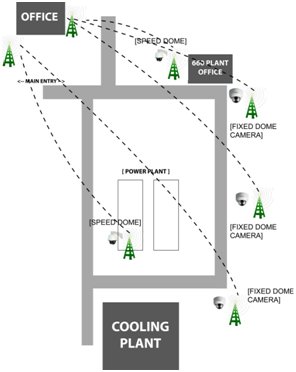 SAMSUNG SPD-3750T Analogue Speed Dome Camera, ALNET SYSTEMS Encoder NSE4000 units were used to convert the analogue video signals from the cameras to a digital IP stream. The NSE4000 units were then connected to a NanoStation5 system that transmitted the IP data wirelessly back to the company’s IP network within the main head office building. These modules were individually installed on the camera utility poles and at a main head office building. All the wireless IP based CCTV Video Cameras got merged on one CCTV Recording Server for Network Video recorder i.e. ALNET SYSTEMS Netstation PC-Based Recorder, by which it can recorded individual cameras with motion recording for more than a month, which can transmit locally through the internal network with advanced authentication user rights. This provided a connection to the wireless IP network for the security team’s suite ofcomputers and monitoring equipment. This enabled monitoring and control of CCTV cameras locally, as well as the cameras at a Ahmedabad head office over 500 kilometers away via a secure Intranet connection. And through the Internet they can view it from anywhere in the world on the client pc/laptop/ or even mobile phone. NanoStation5 Access Points were mounted on the roof of the main power plant building, allowing a clear line-of-sight between the Access Points and the individual modules around the site. Each wireless module was connected to a NEMA IP66 rated outdoor enclosure that contained an uninterruptible power supply backup for 24hours on battery backup, ensuring CCTV coverage even when the power is down, an Ethernet switch, a Alnet Systems NSE4000 unit, a heater and a lightning surge suppressor. This provided a self-contained CCTV surveillance point that was immune to the environment and could be fully controlled by the remote security team without using any interconnecting cable!

Unmanned sites, such as power plant require 24 hours real time CCTV monitoring and surveillance to prevent damage or attack. The solutions provided by Alnet Systems CCTV enable 7 days a week, 24 hours a day standalone and remote operation with real time monitoring and recording which can be operated from Security Authorities, Ahmedabad Head office and other authorized users also from anywhere within in the Intranet or by Internet also by staying anywhere in the world. Its professional event handling and visual alarm verification quickly response to a wide range of events with accurate actions.

The benefits of Wireless IP-CCTV Video include:

The transmitter/receiver units also provide a full duplex audio channel and a serial interface for control of the camera PTZ functions. 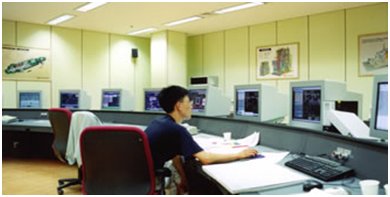 "The surveillance system has been extremely useful during our scheduled outage periods," Will continues.  "Every power supplier has a designated offline period for maintenance and during these periods we can have a large amount of third party contractors’ onsite.  With the new surveillance technology at our fingertips we can ensure health and safety procedures are adhered to at all times and check on service progress, in respect to human and vehicular traffic around the site.  We can even observe the works progress right down to individual engineer level."